Origin of the Chilli Road Band 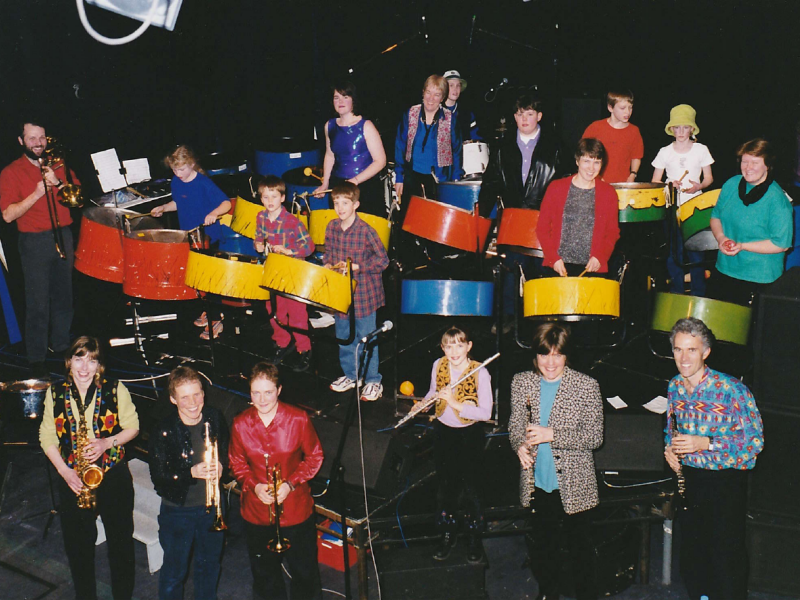 Chilli Road Band began as a Millennium project, and was part of a group of initiatives by Chillingham Road Primary School Arts Steering Group, funded by the Millennium Awards for All lottery Fund. The idea came about partly because of an earlier community band based at the School which started in the 1980’s. The “Heaton People’s Band” as it was called then, morphed into the “Tenth Avenue Band” (yes, Heaton’s Tenth Avenue!) which is still going strong.

Kate Hancock, Heather Holmes and Steph Wallace from the Arts Steering Group came up with the project after discussions with Paul Fletcher – musician, teacher, and ex Tenth Avenue Band member. They liked the idea of a mixed age band, and a band which was open to enthusiastic people to join, whether or not they identified as musicians. Our two musical directors were Paul Fletcher and another Chilli Road parent Gill Graham, who was also an ex Tenth Avenue Band member.

The first few sessions were packed, with different people bringing all sorts of instruments, and others keen to learn how to play the school’s steel pans. After a month or two the numbers became more manageable, with half of the group on brass or wind instruments, and the other half on pans. The very first public appearances of the band were in the People’s Theatre and then the Live Theatre at the school’s Millennium production, performing Ekaya, and a tune specially composed for the occasion.

Paul continues to be the Band’s musical Director, and Heather and Kate continue as members.